Are you a homeschooler? Have you ever taken Algebra? If “yes”, imagine being a monkey sitting in front of the control panel of the spaceship. Every dial and lever is labeled something nonsensical: “Point-slope form”, “Root polytype”, “Exponential function”. How would you react? Would you find something to throw at the control panel and eject yourself from the spaceship? Because I would.

Algebra II is an optional math class homeschoolers can take that’s not required for college. However, many colleges require an SAT test, and the highest math on the SAT is all found in Algebra II. So if you want to score well and round off your education, I recommend taking this class.

I realize that some students would shine during Algebra II, but me and my mother high schooled friends (both homeschool and traditional) barely scraped by. However, just like a grizzled war veteran, I come bearing advice on surviving this passable sequel to the hit math class, Algebra I – and advice on not making the same mistakes I did. Here’s the Homeschool Survival Guide for Algebra II:

I don’t care what other classes you’re taking. Physics, World History, English… I have never taken a class where my lack of notes hurt me more than Algebra II. I took some, sure, but overall I assumed I’d memorize the nineteen formulas from forty eight lessons ago. SPOILER: I was wrong.

Take notes on everything in Algebra II. If you have a textbook of some kind to flip through then all the better. Print out practice sheets, watch videos to regain old knowledge and don’t be afraid to ask questions!

Ever since I was born, I’ve been looking for new and innovative ways to do less work and still get by. Unfortunately, “fast and easy” methods don’t help when taking Algebra II. It is incredibly easy to miss small details in a giant, many-step formula, and guesswork will almost guarantee a missed answer. So don’t do math problems in your head – solve them on paper or a computer whenever you can!

Tip 3: Don’t be afraid to refresh your memory!

Oh no. This is it. Sixty-three lessons in and you see a reference to that one obscure formula you’ve forgotten from lesson twenty-nine. What are you going to do?

I had to go back and re-watch a lot of videos during my online Algebra II course. You’d have to be Steve Urkel or Sheldon Cooper or some other comedy television genius character to memorize every formula and rule in Algebra II at once. You may feel like it’s a waste of time to go over old content, but it is absolutely not. Each new Algebra II rule builds off of the previous ones incrementally until they have combined into their ultimate form, Captain Algebra. 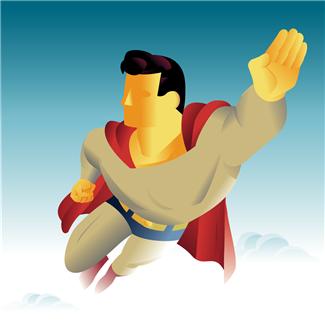 Tip 4: Don’t take a quiz until you’re SURE you understand the material!

Basically, what the tip title says. If you’re about to take a quiz or test on Algebra II material and think you can “wing it” on concepts you don’t understand, you’re probably wrong. I suggest re-reading/re-watching old material or finding new explanations of it until you’re absolutely sure you’ve got it down.

That’s it for the Homeschool Survivor Guide: Algebra II Edition. I hope any homeschool high school student who reads this finds Algebra II easier. I realize not everyone is going to have as hard a time as I did with the subject, but even if you don’t, these tips apply to just about every math class in some way. See you around!

Andrew Jones is a self-proclaimed “real nerd” who considers leaving his USB drive at home an emergency. He was homeschooled for most of his life and loved it (to the extent one can “love” school). He now fixes computers on the cheap and writes funny things for the Internet.