Posted on December 24, 2013 by homeschoolsurvivor 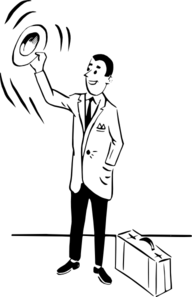 The girl looked at me and asked, “did you go to school here, or were you homeschooled?”

I furrowed my brows and said, “you could tell, couldn’t you?”

A year or so after graduation, the occasional person looks at me, and yes, they cant tell. I socialize more, but I’m still awkward. I’m more confident, but I still deal with insecurity. Homeschool had a big effect – on me, on the other student bloggers, on many in our Student Forum – but I can’t write about one period of life forever. Here’s my obligatory sentimental anecdotes post.

As a young kid, I’d finished my chores really fast so I could run upstairs and spend two minutes doing nothing while my brother finished his. The very idea of losing two minutes of free time before homeschool colored him white with rage. We practically raced to get our chores done first. Mom eventually put a stop to this when we were sweeping so fast that we weren’t actually sweeping at all.

When I was ten (Eight? Twelve?), Mom noticed both her sons were finishing school and spending the rest of the day playing video games, just like those homeschool horror stories we used to see on the news. She concocted a witch’s brew of microeconomics, hoping to spur us into productivity: Jones Jewels. These little certificates, won with chores (notice the theme), could be exchanged for “thirty minutes video game time” or “one hour TV time.” The system collapsed when I started bribing my little brother and hoarding his Jewels as my own. I am a terrible Human being.

My brother and I have separate rooms, but we used to share everything.

A bunk bed: a little slit on the top allowed one of us to stare at the other. Annoyingly. Night is dark, so we never knew who was staring or when. We got separate beds.

I was bad at math until college. Really, really bad. In fact, I was bad at a lot of things until college. Pulling a super secret video game window over Algebra homework when Mom wasn’t looking didn’t help my grades. I’ve said “homeschool is good for the self-disciplined” a few times, sounding all high and mighty, but I know very few people who actually WERE motivated and responsible at fifteen.

I went to an ActiveWorlds-based virtual reality school for a while, a concept so absurd I sometimes question whether the whole experience was an unhealthy byproduct of several wretched fever dreams. Some really weird memories:

1. Some guy in the class started a personal Nerd War. He and I pretended to know more about programming than each other as if winning would net us choice babes.

2. I met my best friend 5ever through rickrolling the class. Said friend wanted to write an inflammatory guest post today, so as a consolation prize, here’s what he might have said: “homeschooling does not make you a super speshul snowflake, and if you think it does, you have terminal autism.” Moral outrage fuels him, so try not to be offended.

3. We conducted the most laughably pathetic Greek tragedy to ever grace a log file. As far as I know, it’s still floating out there, toxic byte vapor poisoning the Cloud.

Getting together twice a month with other homeschool groups provided irrevocable proof all kids like us were total weirdos. I’m at least half weirdo, and most were aliens in comparison. I always related a lot better to the moms in the group. Okay, yeah, that makes me more a lot more weirdo than half. Never-mind.

I had a lot to write about for a while, but subject material eventually dried up. No matter what you see on the news or read in articles, 90% of homeschool is the same thing as public school: a boring slog through a bunch of stuff I’m never going to remember. The remaining 10% of your school day is roughly equivalent to public school field trips, Recess, and so on. There’s only so much to write about.

The future is an infinite wellspring of content while the past has dried up, and that’s why my blogging ends here. I hope you’ve enjoyed some of the older, funnier articles as well as my very vague, insincere “guides.” Thanks for popping in once in a while to see the Homeschool Survivor. It’s been a fun, quiet ride.